For most men in this day and age, an age of information technology and electronic communication, we go to work, sit at a desk and tip-tap away at our keyboards and feel all very clever and important about whatever mindless and irrelevant form-filling and box-ticking we’re engaged in.

There are few people in white middle-class Britain who are not, in some way, employed in this fashion, sitting behind a screen, eyelids drooping, backs aching, stomachs expanding. The alternative is shop-working. Standing behind tills, tapping away, or more likely just beeping away, and staring at another screen. At least these poor buggers are on their feet all day. 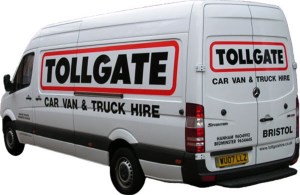 Where these millions of men, emasculated by modern consumerist society, pinioned by an IT revolution in the UK, find their temporary release is when, with fear in their blood and anticipation trembling through every fibre of their being, they go and hire a van.

It’s probably because they’re moving house, and so it may well be once or twice in their life, and this makes it even more exciting. It’s really a kind of ritual, starting from the decision making, picking up the Yellow Pages, going for the ones you know, realising that there are others, phoning a few, trying to sound confident, knowing they deal with idiots like you every day, agreeing to take a certain type of van and not being wholly sure what you’ve agreed to, because you still only really know what a Transit is. You’re also shocked by the cost, although you agreed to make sure you don’t seem like you haven’t done this before.

Turning up is panic-stricken. You’ve got your license, but they’ll be able to see that you’re not a van driver, so they’ll think that you’re not capable of dealing with the van. You’ve got your extra proof of address, but probably couldn’t find good ones (like bank statements) and are worried that you’re not going to be allowed to take the van, and you’re definitely on a predetermined timeframe that your girlfriend or wife has decided on and, if you don’t get the van NOW, then you’re dead.

But, you get it. You have to check it over with the hirer, and you fraudulently nod ‘Yeah, it’s ok’ as they make you look at the bumpers and front wings for scratches. You haven’t got a clue.

So, you’re in and you start up. Probably a little disappointed that it isn’t completely alien inside, and pretty much like your car. Higher up and different angles to reach things. No rear-view mirror, which is pretty radical. I guarantee that you will put the radio on straight away, and here’s where the exciting stuff starts.

You now have some short-term opportunities for personae change. Things you can now do and be that you have no other chance to do in your normal life.

Radio 1. You’re almost obliged to listen to Radio 1, and you don’t mind so much. With the window open too. You have to drive with the window open and, with only 10 minutess behind the wheel of this new beast, you lean your elbow on the window ledge. You also stare at women, shamelessly. You might actually really be uninterested in it, but it kind of seems right and, honestly, they don’t mind. IT’S TRUE.

Moving on. You now have new rights to the road. Oh yes, this is where some really cool stuff starts. You know the way you’re wary of van drivers when you’re on the road? Well, now people are scared of you!! Oh yes sir, you just go ahead and pull out just whenever the hell you want. Change lanes if it takes your fancy. Drift across those lanes like it’s the most normal thing in the world. Another thing – having trouble pulling in or out? Other van drivers will stop traffic for you!! They bloody do! It’s like you’re immediately in a brand new special club. They don’t know that you’re a total amateur and, by now, you’ll be acting like being a van driver is what you’re all about.

And this is the final point. You have, by now, 3 hours in, developed a relationship with your van. You swing it around the corners with complete authority. You know all the little quirks of your van, the things that make it work and tick along, but, specifically you know the back doors. This is why you’ve got the van of course, it’s for the big loadspace and the back doors. So, you’ve got the double-locking, double-hinged doors and probably a side-sliding door. You’ve opened and closed it a few times and you now know how to do it and, most excitedly, you do it authoritatively and in a no-nonsense fashion, when other people come to help you out. You do it like you’ve been doing every day of your life. It’s you and the van together, forever.

But, no. The time ebbs away all too fast you’re back and dropping the van off. You do it quickly and emotionlessly, plopping the keys on the counter and a quick ‘Cheers, mate’, almost dismissively. But, you don’t mean it. You feel sad. You wish it was your van.

Being back in your car is now somehow lessening. You feel exposed and vulnerable. The car is too light, wussy and you know that, at any minute, a van could shove you out of the way, and you’d deserve it.

One thought on “Hiring a Van”

Error: Twitter did not respond. Please wait a few minutes and refresh this page.